Thrilling finish in the Cavendish teams!

Team Mahmood (Demuy, Hurd, Mahmood, Weinstein) was leading by 24 versus Wigoder (Klukowski, Pszczola, Wigoder, Zatorski) after the first of the three segments of the Final.

Wigoder reduced their disadvantage to seven during the second segment and to an only imp during the third round. With one board to go, Mahmood was leading by a single imp. The last board was not good for Wigoder and a sigh of relief for Mahmood‘s supporters.

Congratulations to the American quartet – Vincent, John, Zia & Steve – and to the runners up Michal, Pepsi, Charles and Piotr for an outstanding second place. 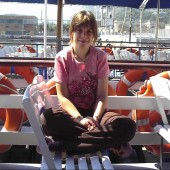 Sneak a peak at the venue of the next edition of the Cavendish!

Teams: What Happens Next??